I use approaches tailored to your particular needs because therapy is not a one size fits all proposal.  You will be coached, encouraged, informed, counseled and assisted in creating solutions that best fit your desires and address your pressing issues. Many therapists spend a great deal of time unearthing the past. I prefer to focus on your current concerns and find the best research-based technique to address them.  The primary approaches I use are described in the next section. 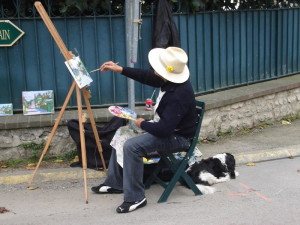 “Out of clutter find simplicity.  From discord find harmony. In the middle of difficulty lies opportunity.”
-Albert Einstein

I utilize specific aspects of Assertiveness Training. There are basically four different ways that individuals communicate with one another. They can be: 1) aggressive, 2) passive 4) passive-aggressive or 4) assertive. You may already have a basic understanding of aggression, passivity and a combination of the two; the state of being passive-aggressive. You may be confused about how to be assertive.

Aggression is about dominance. A person is aggressive when they impose their will onto you; for example when someone yells at you, gets in your space or uses physical violence.

Passivity, on the other hand is about compliance. Passivity occurs when you submit to another person’s aggressive actions, putting your own wishes and desires aside to fulfill the wishes and desires of the one who is perceived to be in charge such as your partner or supervisor. You may not like being dominated, but it seems like the smart thing to do at the time in order to sidestep the threat of violence or intimidation to yourself or another person.

Passive-aggressive behavior is a pattern of expressing your negative feelings in an indirect way — instead of openly addressing them.

People who are passive-aggressive seem to agree with the requests of others. They may even appear openly excited about them; however, they don’t perform a requested action in a timely or useful manner and may even be counterproductive towards a stated goal. In other words, they use nonverbal behavior to express anger or resentment that they can’t express verbally. An example is  you showing up very late to a meeting that you didn’t really want to attend and then making up excuses for your lateness that deflect attention from the real reason. Another example is agreeing with a spouse that you want to go to a certain movie or restaurant but creating a scene or delaying everyone because you really do not want to go. Another common illustration is getting drunk to deal with a situation rather than being assertive.

There are basically four different ways that individuals communicate with one another. They can be: 1) aggressive, 2) passive 4) passive-aggressive or 4) assertive. …More…

Therapy is a multi-layered process but it is definitely not a one size fits all proposition. Coaching is an approach where we will examine your strengths and successes as well as exploring the areas where you may want to make changes. Your imagination is the only limit. Together we will design a plan for you to achieve goals that may have previously seemed out of reach. Goal setting will focus on results which may improve your health, relationships and career plans as well as improve your chances of a happier and more fulfilling life. My role is to provide tools, support, examination and permission-giving. You will embark on a new avenue in the journey of your life, but you will not do so alone.

Coaching is an approach where we will examine your strengths and successes as well as exploring the areas where you may want to make changes. …More…

Cognitive Behavioral Therapy is a form of therapy that treats problems and increases contentment by changing flawed emotions, behaviors and thoughts.  CBT focuses on solutions, encouraging you to question distorted thinking and change destructive behavior patterns. Problems are tackled head-on in a very practical manner. The connection between thoughts and beliefs and their impact on behavior will be explained to you. Additionally, you will come to understand that how you think about problems determines the way you respond to various issues. You will find that making subtle adjustments on how you think will have an immediate impact on your problems and improve the quality of your life.

Motivational interviewing is best defined as a client-focused, directive counseling approach for nurturing changes in behavior patterns by helping you to examine and resolve mixed feelings about your particular circumstances. This counseling method was first applied to alcohol treatment but it has a many other purposes. In comparison with the person-centered approach described below, motivational interviewing is devoted to your goals by being more directive. Exploring and resolving inconsistencies is our primary objective.

Motivational Interviewing is devoted to your goals by being more directive. Exploring and resolving inconsistencies is our primary goal. …More…

The Person-Centered Approach is described as non-directive. This technique moves away from the idea that the therapist is the expert and towards the idea that you know yourself best and therefore have the ability to find your solutions with the proper non-judgmental support.

This technique moves away from the idea that the therapist is the expert and towards the idea that you know yourself best, …More…

Solution Focused Brief Therapy (SFBT) is a type of talk therapy that focuses on what you want to achieve through therapy rather than on the problems that made you seek help. We won’t spend much time looking at the past, but instead, focus on what’s going on in the present and how you might imagine your future. Together we will explore various possible options and make many steps (some tiny, some monumental) to achieve your desired changes. Instead of spending time rehashing what’s not going well, we will focus on what you have achieved and how you can generalize these achievements to other parts of your life. We will zone in on your strengths not weaknesses.

Solution Focused Brief Therapy (SFBT) is a type of talk therapy that focuses on what you want to achieve through therapy rather than on the problems that made you seek help. …More…