Do you feel as if your brain is being flooded with so much information that you can’t focus? If you have difficulty concentrating, staying on task, are constantly losing things,  finding yourself being late to appointments, underperforming at work or at school and are forever procrastinating, you may be displaying signs of Attention Deficit Hyperactivity Disorder (ADHD). Other ADHD symptoms include hyper-focusing and the appearance of not listening. There are many more aspects of ADHD such as hyperactivity, being time blind, and having difficulty managing emotions; such as being over sensitive to rejection.  People with ADHD often feel ashamed, angry, hopeless and simply give up.

The inattentive type of this disorder is often underdiagnosed in children because their behavior, while noteworthy, isn’t as disruptive to a classroom as those with the hyperactive/impulsive type. Therefore, it is not unusual to arrive in late adulthood never having been diagnosed. Adults with ADHD often struggle in their relationships despite the fact that they are marvelously creative in an infinite number of ways. My job is to help you sort out if this is indeed the case and find ways to intervene. Providing understanding, structure and improved communication will set you on a path to a more stable and fulfilled future. 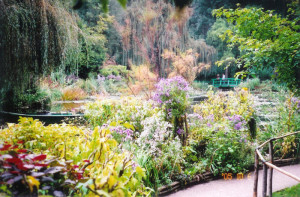 Have you just been diagnosed by a medical condition that is impacting your life?  Do you feel anxious and depressed because you don’t know how it will affect you and your family?  Receiving a medical diagnosis can cause mental health symptoms and learning new skills to manage these may positively affect your medical diagnosis.

You will likely feel challenged and overwhelmed with the myriad of unknowns of an illness that you may have little control over. Perhaps you don’t have a real prognosis.  You are worried about pain, uncertainty and being a burden.  It may prevent you from participating in activities that were previously routine such as driving a car, parenting children or even working. You may feel isolated and alone. It may alter every aspect of your life.  We will create a plan that will help you to navigate through these new experiences, deal with the losses and craft a different way to cope without disappearing in the process.